The U. S. Geological Survey has released a report specifying that 122 different pesticides were detected on bees impacting on foraging and reproductions.

The pesticides include bifenthrin, atrazine and chlorpyrifos, classified as highly toxic neonicotnoids linked to a the decline of bees including a large amount of bee deaths. Seventy-two % of the bees tested positive for pesticide residues. The most common detected pesticide was the insecticide thiamethoxam, found in 46 percent of the composite bee samples.

Neonicotinoids are especially harmful to honey bees, causing adverse effects on their ability to perform basic tasks necessary for survival, such as foraging and reproduction. A recent study by USGS has found that over half of urban and agricultural streams across the U.S. and Puerto Rico, are contaminated with these chemicals. 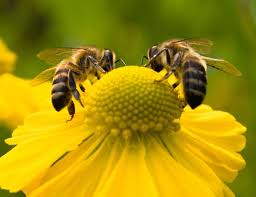