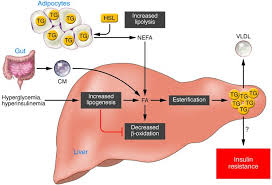 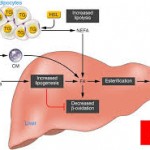 Researchers at the University of Georgia have revealed that plant chemicals have a beneficial impact on a condition called non-alcoholic fatty liver disease. The plant chemicals used by the researchers were -resveratrol, found in grapes; genistein, found in soybeans; and quercetin, found in apple peels and onions and were administered to mice models to mimic the effect on women going through menopause who struggle with significant weight gain.

The estrogen levels of these women drop, resulting in increased weight gain. Many turn to weight loss supplements to assist in weight loss but these supplements instead may cause an accumulation of fat in the liver and a potentially life-threatening condition called non-alcoholic fatty liver disease, which has turned into a major public health issue.

The results of the study showed administering phytochemicals resulted in fat deposits being decreased avoiding the characteristics of fatty live disease. The study was published in the obesity journal.

“Women going through menopause have an increased tendency to store fat in their livers,” said the study’s lead author Colette Miller, a post-doctoral research associate in the College of Family and Consumer Sciences’ department of foods and human nutrition. ”

“We were able to demonstrate that our phytochemical treatment is shuttling the fat away from the fat tissue to be burned or stored elsewhere,” Miller said. “Ultimately what we saw was that there was no damage in the liver being caused by this increased fat associated with menopause.”

“There might be nothing you can do about the fat being shuttled to the liver, but if you can prevent the fat from being toxic or from causing disease, then that might be the best way of treating this,” Miller said.