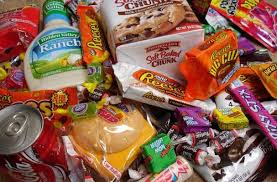 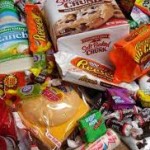 A nation-wide analysis of U.S. grocery purchases reveals that highly processed foods make up more than 60 percent of the calories in food we buy, and these items tend to have more fat, sugar and salt than less-processed foods.

The researchers asked 157,142 households to record all foods and beverages they purchased from a grocery for at least one year. The households participated in the study for an average of four years and went through an average of 1.2 million items. Each item was linked to its nutrition information, product description and ingredient list. The food items were classified as highly processed if they contained multi-ingredient, industrially formulated mixtures such as soda, cookies, chips, white bread, candy and prepared meals. Unprocessed and minimally food consisted of fresh or frozen fruits and vegetables, milk, eggs, dried beans and fresh meat.

“Overall, we found that not only are highly processed foods a dominant, stable part of U.S. purchasing patterns, but also that the highly-processed foods that households are purchasing are higher in fat, sugar, and salt, on average, compared to the less-processed foods that they buy,” said Jennifer M. Poti, Ph.D., research assistant professor at the University of North Carolina at Chapel Hill who will present these findings at the American Society for Nutrition (ASN) Annual Meeting during Experimental Biology 2015. “The unshifting dominance of ultra-processed and ready-to-eat foods as major calorie contributors to U.S. diet and their poor nutrient profile support the need to incentivize food manufacturers to improve the nutritional quality of their products.”

The analysis revealed that from 2000 to 2012, the proportion of calories in highly processed food and beverage purchases by U.S. households remained stable at 61.0 to 62.5 percent. The researchers noted a significant increase in the proportion of calories purchased in ready-to-heat foods, which reached 15.2 percent in 2012. More than 80 percent of calories were purchased in ready-to-eat or ready-to-heat form in 2012, and these tended to be higher in fat, sugar and salt than food purchases that required preparation.
The researchers continue to track purchases to see how nutrition and level of processing might change over time. They are also using the data to examine whether purchasing habits vary based on race or socio-economic status.

“However, it is the highly processed foods — those with an extensive degree of processing — that might potentially be related to obesity.”