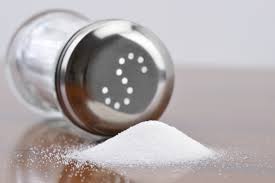 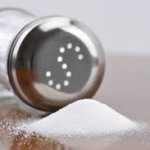 The United European Gastroenterology, (UEG), has called for more public awareness centering around the impact of salt consumption and the associated increase in stomach cancer. Approximately 80,000 people in the European Union (EU) are diagnosed with stomach cancer on an annual basis.

Scientists have correlated salt consumption and cancer risk, mainly due to its impact on Helicobacter pylori (H. pylori). The bacteria is a well known cancer risk causing inflammation within the stomach that can progress to stomach cancer.

According to Professor John Atherton, UEG Secretary General and a leading H. pylori expert, the combination of H. pylori infection and a high salt intake appears to be especially dangerous. “Although we don’t know exactly why salt increases the risk of stomach cancer, studies suggest that it may encourage the growth of H. pylori and make it more toxic to the cells of the stomach,” he said.

“Most of us know that salt is associated with high blood pressure and an increased risk of heart disease and stroke,” said Prof. Atherton. “However, I suspect very few people are aware that a high-salt diet may also increase the risk of stomach cancer.”

“In the UK, our salt target for adults is no more than 6 g per day, which should theoretically reduce the risk of stomach cancer as well as other salt-related health problems,” said Prof. Atherton. “Although we need more studies to confirm that eating a low-salt diet reduces the incidence of stomach cancer, there is preliminary evidence from Japan to suggest this would be the case.”

The researchers recommend that consumers take proactive steps to lower salt consumption by buying low-salt versions of your favorite foods; moderating your intake of some foods such as cured meat, bread, cheese and table sauces; and to add no salt during cooking or at the table.