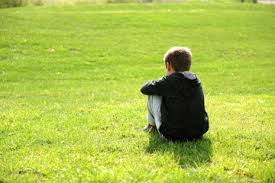 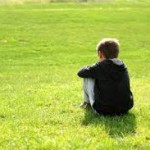 A new study from the University of California, San Diego School of Medicine suggests that autism begins during pregnancy. The research, which will be published in the New England Journal of Medicine, is in direct contrast to other research that suggests that autism is “activated” through environmental factors, which may impact on gene function. Autism is a complex disease with numerous genes and biochemical pathways involved and researchers to date have not identified the exact cause behind the disease although numerous contributing factors have been identified.

This study analyzed 25 genes of post mortem children with or without autism. The genes examined included genes that serve as biomarkers for brain cells, types in different layers of the cortex and genes already identified as autism genes and several control genes.

“Building a baby’s brain during pregnancy involves creating a cortex that contains six layers,” Courchesne one of the lead researchers said. “We discovered focal patches of disrupted development of these cortical layers in the majority of children with autism.”

When the brain begins to develop, each cortical layer develops its own specific types of brain cells, with specific patterns of brain connectivity that perform unique and important roles in processing information.

When the brain cell develops in a specific type of cell, in a specific layer with specific connections, it acquires a special distinct marker that can be detected. This study specifically found that in the brains of children with autism, key genetic markers were absent in brain cells in multiple layers. “This defect,” Courchesne said, “indicates that the crucial early developmental step of creating six distinct layers with specific types of brain cells — something that begins in prenatal life — had been disrupted.”

“The most surprising finding was the similar early developmental pathology across nearly all of the autistic brains, especially given the diversity of symptoms in patients with autism, as well as the extremely complex genetics behind the disorder,” Lein another researcher stated.

The brain regions most affected by focal patches of absent gene markers were the frontal and the temporal cortex, possibly explaining why different functional systems and degrees of severity are impacted across individuals with the disorder.

“The finding that these defects occur in patches rather than across the entirety of cortex gives hope as well as insight about the nature of autism,” commented Courchesne. The patchy defects could explain why many toddlers show improvement with early intervention and time as the brain may rewire connections to overcome early focal defects.

The emerging research merely serves to underscore the complex nature of the disease with many unanswered questions.