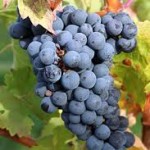 A new study by the Department of Molecular and Cellular Medicine at the Institute for Regenerative Medicine has demonstrated that reservatrol commonly found in red grapes, red wine, peanuts and some berries may help prevent age-related decline in memory.

Reservatrol has strong antioxidant properties and is commonly associated as a preventative measure for heart attacks. The researchers in this study wanted to examine if the antioxidant had the ability to act on the brain.

The study used rat models to mimic the effect on the human brain and to test areas of the brain critical to functions such as memory, learning and mood. As both humans and animals show a decline in cognitive capacity after middle age, the findings may have implications for treating memory loss in the elderly.

The research findings demonstrated that treatment with resveratrol had apparent benefits in terms of learning, memory and mood function in aged rats. “The results of the study were striking,” Professor Ashok K. Shetty said. “They indicated that for the control rats who did not receive resveratrol, spatial learning ability was largely maintained but ability to make new spatial memories significantly declined between 22 and 25 months. By contrast, both spatial learning and memory improved in the resveratrol-treated rats.”

The results showed that the growth and development of neurons doubled in the rats given resveratrol compared to the control rats. The resveratrol-treated rats also had significantly improved microvasculature, indicating improved blood flow, and had a lower level of chronic inflammation in the hippocampus.