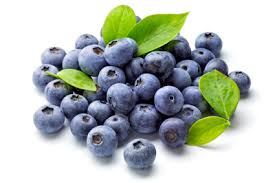 A new study, by scientists from the College of Pharmacy at Oregon State University and the School of Pharmacy at Pacific University, has been published in the Journal of Controlled Release; analyzing the impact of polyphenols.

Resveratrol and quercetin are polyphenols and powerful antioxidants and found in foods such as grapes, red wine, green tea, some fruits, berries, dark chocolate, capers, some berries, fruits, vegetables and leafy greens.

The researchers created water soluble co-polymers to increase the bioavailability of compounds in the blood stream and it was determined that resveratrol and quercetin reduced the cardiac toxicity of a very widely used cancer drug, Adriamycin. Adriamycin is a cancer drug which has a substantial amount of side effects and can only be used for a limited time in humans.

“The co-administration of high levels of resveratrol and quercetin, in both in vitro and in vivo studies, shows that it significantly reduces the cardiac toxicity of Adriamycin,” Alani said. “And these compounds have a synergistic effect that enhances the efficacy of the cancer drug, by sensitizing the cancer cells to the effects of the drug.”

“There are several advantages with this system,” Alani said. “We can finally reach clinical levels of these polyphenols in the body. We can load both the compounds at one time to help control the cardiotoxicity of the cancer drug, and we can help the polyphenols accumulate in cancer cells where they have their own anti-cancer properties.

“This is like hitting three birds with one stone,” Alani said. “It has great potential.”

Resveratrol and quercetin have their own anti-oxidant actions; scavenge free radicals and are safe at high concentrations in the body.