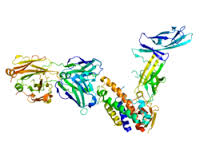 John Hopkins University researchers have released a new groundbreaking study specifying a new way for the production of proteins. Ribosomes are capable of building proteins without the messenger RNA (mRNA). This discovery although exiting will cause some concern as to the influence of pesticides and other environmental sources that may impact on genetic material.

Ribosomes are produced by specialized RNA molecules that work together with proteins to translate instruction-bearing mRNAs and create proteins. Each mRNA has a “start” code, followed by the blueprint for a specific protein, followed by a “stop” code. The mRNA has an untranslated regions as researchers have previously not found that this section translates into a protein.

The ribosome is a large and complex molecular machine, found within all living cells, that serves as the site of biological protein synthesis (translation). Ribosomes link amino acids together in the order specified by messenger RNA (mRNA) molecules.

“This is an exciting find that generates a whole new set of questions for researchers,” said Rachel Green, Ph.D., a Howard Hughes Medical Institute investigator and professor of molecular biology and genetics at the Johns Hopkins University School of Medicine.
The researchers used yeast cells to produce atypical proteins and to engage ribosomes in their usual recycling process. When ribosomes fail to recycle they reach the stop signal in the mRNA and then produce proteins with unknown function without the start function, resulting in an incorrect translation of the mRNA.

Rli1 can split ribosomes into their two component parts once they encounter a stop code and are no longer needed. The process disengages the ribosome from its mRNA molecule so that it’s available to translate another mRNA. The researchers inserted a genetic code into the previously termed “untranslated regions” to determine if the ribosomes were active in the untranslated region.

Cells with RLi1 did not produce the protein, but cells missing Rli1 did. Ribosomes were active in the untranslated region and weren’t just continuing translation past the stop code to create an extra-long protein. They first released the regularly coded protein as usual and then began translation again nearby.

“It seems like the ribosomes get tired of waiting to be disassembled and decide to get back to work,” said Dr. Guydosh. “The protein-making work that appears right in front of them is in the untranslated region.”

Ribosomes are essential to create new proteins and cell growth. The rate at which cells replicate is determined by how many ribosomes they have. Cells lacking Rli1 can’t grow because their ribosomes are all occupied at stop codes and in untranslated regions; cancer cells increase their levels of Rli1 in order to grow rapidly.

“We didn’t understand previously how important ribosome recycling is for the proper translation of mRNA,” said Green. “Without it, ribosomes are distracted from their usual work, which is crucial for normal cell maintenance and growth. This finding opens up questions we didn’t even know to ask before.”