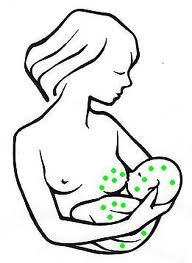 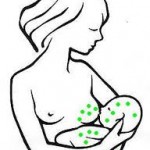 Two scientific pilot studies have confirmed the unthinkable, the presence of pesticides in breast milk. In 2011 Berkeley scientists published the first pilot study in the Journal of Environmental Monitoring and determined that newborns and young children may be exposed to non-persistent pesticides through breast milk. Persistent pesticides and polychlorinated biphenyls, or PCBs, were also detected. The study raised concern as these chemicals have been associated with neurodevelopmental effects in children and correlations have been detected between organophosphate pesticides and neurodevelopment.

The area from where the breast milk originated included the urban Bay areas and rural Salinas Valley in California. All of the samples tested revealed measurable pesticide concentrations. For 13 of the 24 chemicals tested, including the non-persistent insecticides chlorpyrifos and cis- and trans-permethrin, the frequency of detection exceeded 90%. For most chemicals, the detection limit averaged 0.02 to 5 ng g-1 (parts per billion).

“Non-persistent pesticides break down quickly in the environment. Since they are rapidly metabolized and excreted in the body, it was thought previously that they wouldn’t be found in breast milk,” explains lead author Rosana Hernandez Weldon, a post-doctoral fellow at UC Berkeley’s Center for Environmental Research and Children’s Health.

“One of the motivations for conducting this investigation was to understand the exposures of neonates so that we could develop better informed epidemiological studies of the health effects,” said Weldon. “It was interesting that the median concentrations of non-persistent pesticides were similar for urban and rural populations,” said Weldon. “The urban population doesn’t have any direct exposure from their environment for the most part, so we suspected it was diet. Persistent pesticides also tend to accumulate higher in the food chain, such as fatty foods.”

Approximately 40 organophosphate pesticides are registered with the US Environmental Protection Agency (EPA). About 70 percent of insecticides (pesticides that kill insects) used in the United States are OP pesticides.

Peaches, apples, grapes, green beans, and pears are among those fruits and vegetables that are conventionally grown with OP pesticides and are most commonly eaten by children, according to FoodNews.org. A 2008 US study revealed detectable concentrations of the organophosphate malathion in 28 percent of frozen blueberry samples, 25 percent of strawberry samples, and 19 percent of celery samples.

Other top uses of OP pesticides include corn, cotton, wheat, other field crops, and for termite and mosquito control. Certain pest control products for cats and dogs contain OP compounds.