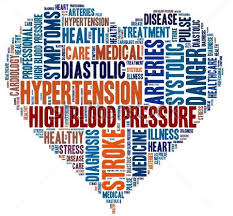 A new study, published by Kangbuk Samsung Hospital of Sungkyunkwan University, has specified that sleep impacts on cardiovascular disease.

“Many people, up to one third or one fourth of the general population, suffer from inadequate sleep – either insufficient duration of sleep or poor quality of sleep,” said co-lead author Dr. Chan-Won Kim of Kangbuk Samsung Hospital of Sungkyunkwan University School of Medicine in Seoul, South Korea.

The study participants consisted of 47,000 men and women, who completed a sleep evaluation, were tested to detected calcium and plaque lesions in the heart arteries and arterial stiffness in the leg. The average age for participants was 42 years of age.

“The calcium score obtained by computerized tomography scan is a very good measure of calcium buildup in the coronary arteries reflecting coronary atherosclerosis,” Kim said. “The higher the coronary calcium score, the greater the risk of having a heart attack in the future.”

“The associations of too short or too long sleep duration and of poor sleep quality with early indicators of heart disease, such as coronary calcium and arterial stiffness, provides strong support to the increasing body of evidence that links inadequate sleep with an increased risk of heart attacks,” Kim said.

Previous studies have reported that people who sleep less than six hours a night were more likely to have high blood pressure, high cholesterol, diabetes and to be obese.