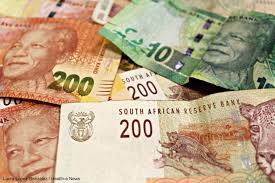 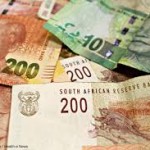 A number of studies by the South African Medical Research Council has illustrated that South Africa is facing a considerable economic and public health burden associated with preventable health related behaviors. These behaviors relate predominantly to alcohol abuse, smoking and an unhealthy diet.

The South African Medical Research Council (MRC) has determined that bad eating habits are the main cause of chronic diseases such as obesity, heart disease, diabetes, stroke, sleep apnea, hypertension and cancer. In 2002 the MRC found that 41% of deaths in SA are due to chronic diseases of lifestyle and that these figures are ever increasing. It was also reported that approximately 6 million South Africans suffer from high blood pressure, 4 million have diabetes and 4 million have high cholesterol.

The economic cost of bad eating are difficult to estimate. Direct medical costs are easy to calculate. Chronic illnesses associated with poor eating habits cost the economy 1.4 billion Rand (R) in 2007. Globalization has also played a role in influencing nutrition patterns in South Africa with the establishment of commercial outlets such as Coca Cola and the replacement of traditional beer with industrial beer of westernized countries across the continent of Africa. McDonald’s opened their ﬁrst outlets in South Africa in 1995 and by the end of 2002 had about 100 branches in the country, with plans to expand to other countries in the region.

In a similar manner the health related costs associated with smoking are significant. In 1994, the Medical Research Council estimated that for every R1 the government received from taxes on cigarettes, it spent R2 on treating tobacco related illnesses and on lost productivity due to these illnesses. Similarly for alcohol, it was estimated that in 1996, taxes on alcohol brought the government 570 million. However, 1,7 billion was spent on alcohol related trauma, disease and lost productivity. The tangible financial cost of harmful alcohol use alone was estimated at R37.9 billion, or 1.6% of the 2009 GDP, (Gross Domestic Product).