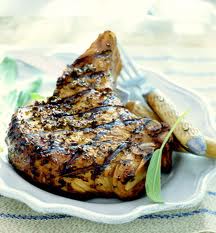 Certain countries have a tradition of grilling meat. The United States is barbecue country and South Africa has its braais. Now a new study will be hailed by all alcohol and meat lovers.

Previous studies have confirmed the association between grilled meat and a high association of colorectal cancer, due to the presence of Polycyclic aromatic hydrocarbons (PAHs), which are substances that are formed when meat cooks at a very high temperature. High levels of PAH are associated with cancers in laboratory animals. Marinades that contain beer, wine or tea are known to reduce the level of PAH that is released, although the exact mechanism was not known until know. The alcohol is usually burned off during the grilling process.

The researchers in this study grilled samples of pork marinated for four hours in Pilsner beer, non-alcoholic Pilsner beer or a black beer ale on a charcoal grill. Of the three substances, black beer had the strongest effect, reducing the levels of eight major PAHs by more than half compared with unmarinated pork.