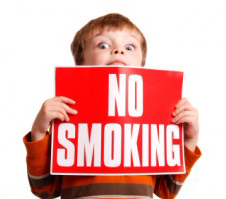 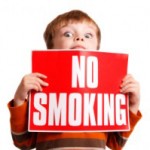 A new study has demonstrated the environmental risks associated with third hand tobacco smoke in non smokers, especially in children. Third hand tobacco smoke is defined as gases and particles deposited on surfaces and dust in a home as a result of smoking. A number of countries have banned smoking in public places leaving the home as the main source of passive smoking exposure.

The study, published in the journal Environmental International, has demonstrated the potential cancer risk by age group through non-dietary, ingestion and dermal exposure to third hand smoke and the potential long term heath risks in children.

Researchers collected dust samples from homes in which smokers and non-smokers lived, and estimated cancer risk by applying the most recent toxicology information. The researchers examined exposure to carcinogen N-nitrosamines and tobacco specific nitrosamines (TSNAs) in the dust samples. These are produced when nicotine deposits on indoor surfaces and then is released again to the gas phase or reacts with ozone, nitrous acid and other atmospheric oxidants. They are classified as carcinogenic for humans.

Measurements were made using a comprehensive two-dimensional gas chromatography system. It was determined that children aged one to six years had an increased cancer risk whic exceeded the toxicology limits determined by the Environmental Protection Agency. The tobacco specific nitrosamines could also be transferred from a smoking home to a non smoking home by sticking to clothes and other items.

Lead investigator, Dr Jacqueline Hamilton, from York’s Wolfson Atmospheric Chemistry Laboratories, said: “The risks of tobacco exposure do not end when a cigarette is extinguished. Non-smokers, especially children, are also at risk through contact with surfaces and dust contaminated with residual smoke gases and particles, the so-called third hand smoke. This risk should not be overlooked and its impact should be included in future educational programs and tobacco-related public health policies.”

Professor Alastair Lewis, from York’s Wolfson Atmospheric Chemistry Laboratories and the National Centre for Atmospheric Science, said: “Over 40 per cent of children have at least one smoking parent and whereas there is a general public awareness about the harms of second hand smoke, there is little knowledge about the dangers of third hand smoke. Carcinogenic materials can be passed from smokers to non-smokers during shared contact, for example between clothes and surfaces and also enter homes via airborne transport of cigarette smoke.”