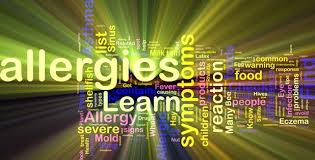 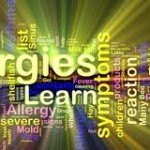 Researchers at Imperial College have found that thirty four genes are linked to causing asthma and allergies, highlighting the fact that researchers still don’t understand the full mechanism involved in the body’s immune response. Asthma impacts on approximately 18,7 million in the U.S.

The study was published in the journal Nature and involved an international collaboration of researchers based in the UK, US, Canada and Sweden, investigating the epigenetic changes of certain genes that trigger an immune response. Epigenetics is generally defined as changes in gene expression caused by the environment, which has the ability to turn some genes and off. The most common form of epigenetics consists of methylation, the addition of a methyl group (or molecule).

The purpose of the study was to investigate which genes are involved in regulating the activity of an antibody, (immunoglobin E; IgE), linked to an immune response. The research participants consisted of 355 people with asthma. The researchers analyzed their white blood cells and assessed whether levels of methylation, a process in which genes are rendered inactive through the attachment of methyl molecules to their DNA, were associated with the level of IgE in the blood.

The study findings revealed that there was a strong associations between IgE and low levels of methylation in 34 genes. These genes expressed a much greater activity in people with asthma, leading to the production of greater quantities of IgE that help trigger the symptoms of the disease. These findings were confirmed by checking them against additional volunteers from Wales with either high or low levels of IgE in their bloodstreams and another 160 participants from Québec, Canada, who had a medical diagnosis of asthma.

The newly-identified genes are specifically involved in the immune response by encoding and activating eosinophils which promote the inflammation in the airways of people with asthma.

“The genes we identified represent new potential drug targets for allergic diseases as well as biomarkers that may predict which patients will respond to existing expensive therapies,” said Prof. Miriam Moffatt, one of the study’s authors.