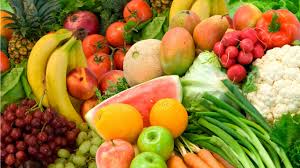 A new study released by the Harvard T.H. Chan School of Public Health and the American Bird Conservancy has specified that toxic chemicals are present in the food supply and affect the U.S. congress cafeteria. The investigation was limited to congressional cafeterias. Pesticides are used widely on a range of crops including soy, cotton, corn, canola and sunflowers.

The researchers conducted two rounds of food testing, the first in January, and the second in May 2015. Approximately half of samples were taken from the House Longworth Cafeteria and half from Senate Dirksen Cafeteria in Washington, D.C. In total, 66 food samples were tested for the presence of neonicotinoids. Of that, 60, or 91% of samples tested positive for one neonicotinoids, and 47, or 71% of samples had two or more neonics present. “We were surprised to find that most foods contained multiple neonicotinoids, with as many as five in samples of fresh-squeezed orange juice and green bell pepper,” said Cynthia Palmer, Director of Pesticides Science and Regulation for ABC.

“It is almost impossible to avoid eating foods that are contaminated with neonicotinoids in the cafeterias on Capital Hill. We can reasonably assume that the likelihood for humans to be exposed to neonicotinoids through dietary intakes is the same as for birds, bees, and other pollinators in the environment,” said Chensheng Alex Lu, Ph.D., Associate Professor at Harvard T.H. Chan School of Public Health.