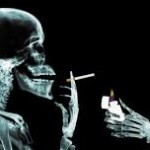 Approaches to promoting healthy behaviors are changing as the use of social media evolves. A study by the University of California has reported the effectiveness of twitter on smoking cessation.

The study participants were divided into two twitter groups, consisting of 20 people each who communicated online for 100 days. Participants each received a free supply of nicotine patches, along with daily automated text messages. They were encouraged to use a Web-based guide to develop a cessation plan and were asked to tweet their group at least once a day about their progress. The twitter members supported each other without the intervention of an expert. Daily automated messages were sent to encourage and direct social media exchange.

The study findings revealed that social media engagement in general was high, with 78 percent of members tweeting their fellow study subjects at least once during the 100-day study. Group No. 1 had a smoking cessation rate of 42 percent. Group No. 2 had a success rate of 75 percent, after tweaking the automated twitter messages. Several types of tweets related positively to smoking abstinence. In general the more people shared about setting a quit date, using nicotine patches, countering roadblocks, utilizing self-rewards, believing in themselves and feeling pride, the more likely they were to remain smoke-free.

“Our results indicate that incorporating social media-delivered automessages from trained counselors was effective in promoting smoking cessation,” said Cornelia Pechmann, professor of marketing at UCI’s Paul Merage School of Business. “The twice-daily messages encouraged people to tweet their group members, which made them more accountable for quitting.”