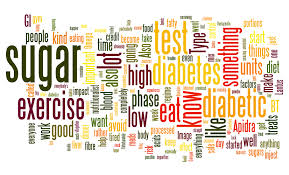 The researchers used a common genetic analysis tools, called genome wide association, (GWAS), to reveal where type 2 diabetes and Alzheimer’s disease share certain homologous, functional features and the impact of those factors on the metabolic and cellular response that contributes to the development of these diseases.

“We identified multiple genetic differences in terms of SNPs that are associated with higher susceptibility to develop type 2 diabetes as well as Alzheimer’s disease,” said Dr. Pasinetti, the study author. “Many of these SNPs are traced to genes whose anomalies are known to contribute to T2D and AD, suggesting that certain diabetic patients with these genetic differences are at high risk for developing Alzheimer’s. Our data highlights the need for further exploration of genetic susceptibility to Alzheimer’s disease in patients with T2D.”