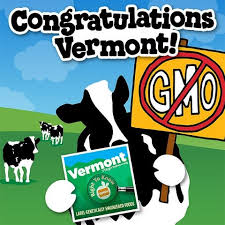 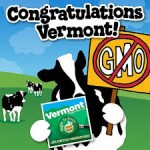 This week the Vermont Senate sent a message with its 26-2 vote approving a genetically modified (gm) food labeling bill. The bill would require that all foods that contain gm ingredients be labeled.

“We are saying people have a right to know what’s in their food,” emphasized Senate President Pro Tempore John Campbell, D-Windsor.

The next step is another vote in the Senate before the bill meanders back to the House. Vermont Governor Peter Shumlin has already specified that he is more than likely to sign the bill.

Sen. David Zuckerman, P/D-Chittenden, upon introducing the bill on the Senate floor pointed out that questions remain about the safety of the genetically modified foods because the U.S. Food and Drug Administration relies on testing done by the food producers rather than independent sources.

Two senators, Sens. Peg Flory, R-Rutland, and Norm McAllister, R-Franklin, voted against the bill for different reasons. Flory cited legal reasons and expressed concern about the state being sued. McAllister, a farmer, expressed his personal belief that he does not think that GMOS are bad. “This labeling bill will not tell them anything other than ‘GMO something’,” McAllister said. “This does not educate them about what they’re eating. The nutritional value is exactly the same.”

The senators appear to have been swayed by their constituents who overwhelmingly support gm labeling. Sen. Bobby Starr, D-Essex/Orleans, chairman of the Senate Agriculture Committee, said he, also had been unenthusiastic about GMO labeling, but at every public meeting he heard from Vermonters who wanted a labeling law. “Lo and behold, GMOs would float to the top of the debate within those meetings,” he said.