A lawsuit was filed on the 12th of June against the State of Vermont. The lawsuit challenges the constitutionality of Vermont’s mandatory GMO labeling law. The Grocery Manufacturers Association (GMA) who is behind the lawsuit stated that Act 120 does not advance the health and safety of consumers and announced their intent to sue when Governor Peter Shumlin signed the bill in May. The labeling requirements of the bill will only take effect in July 2016.

This lawsuit comes on the heels of a lawsuit filed in the U.S. District Court on Monday in Hawaii challenging Hawaii’s prohibition on cultivating GMOs.

“Vermont’s mandatory GMO labeling law — Act 120 — is a costly and misguided measure that will set the nation on a path toward a 50-state patchwork of GMO labeling policies that do nothing to advance the health and safety of consumers,” the Grocery Manufacturers Association said in a statement about the lawsuit.

“Act 120 exceeds the state’s authority under the United States Constitution and in light of this GMA has filed a complaint in federal district court in Vermont seeking to enjoin this senseless mandate.”

“Act 120 imposes burdensome new speech requirements — and restrictions — that will affect, by Vermont’s count, eight out of every ten foods at the grocery store,” the GMA said. “Yet Vermont has effectively conceded this law has no basis in health, safety, or science. That is why a number of product categories, including milk, meat, restaurant items and alcohol, are exempt from the law. This means that many foods containing GMO ingredients will not actually disclose that fact.

“The First Amendment dictates that when speech is involved, Vermont policymakers cannot merely act as a pass-through for the fads and controversies of the day,” the association said. “It must point to a truly ‘governmental’ interest, not just a political one.”

Concern has been expressed by consumer groups about the strong arm tactics used by the Grocery Manufacturers Association to prohibit basic labeling of food ingredients.

Ronnie Cummins, national director of the Organic Consumers Association said: “Every U.S. citizen should be concerned when a multi-billion dollar corporate lobbying group sues in federal court to overturn a state’s right to govern for the health and safety of its citizens.” 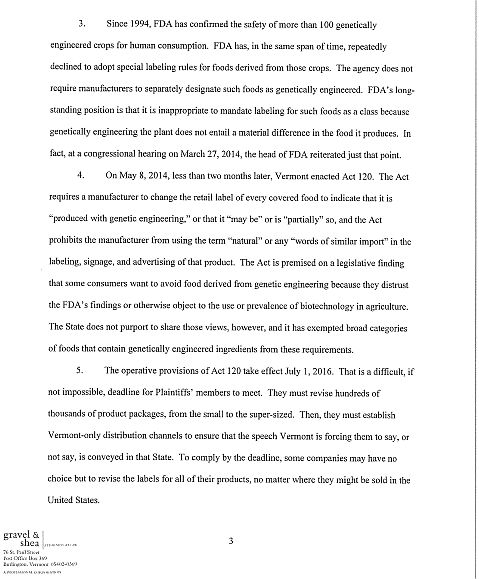 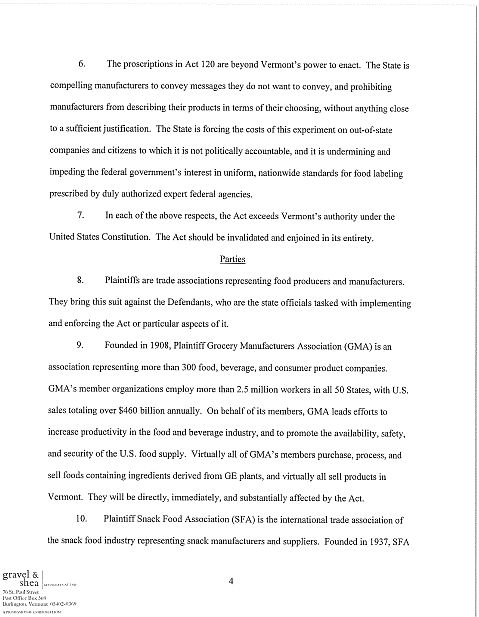 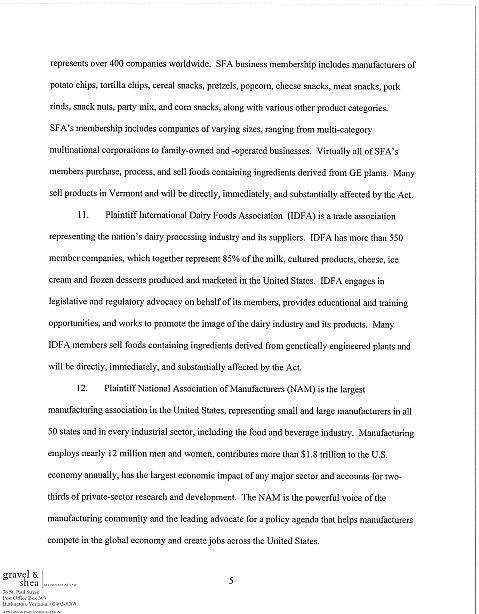 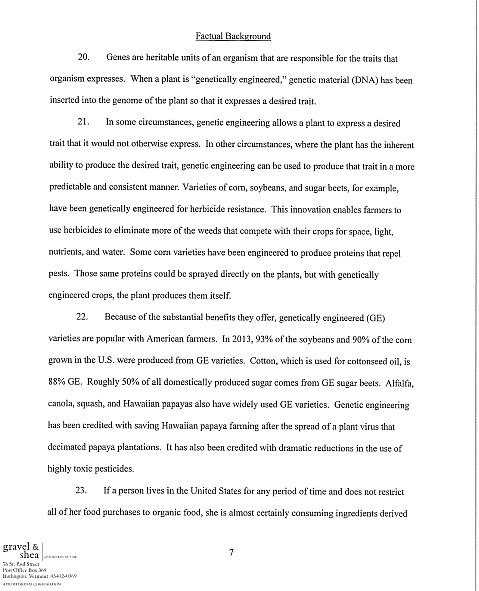 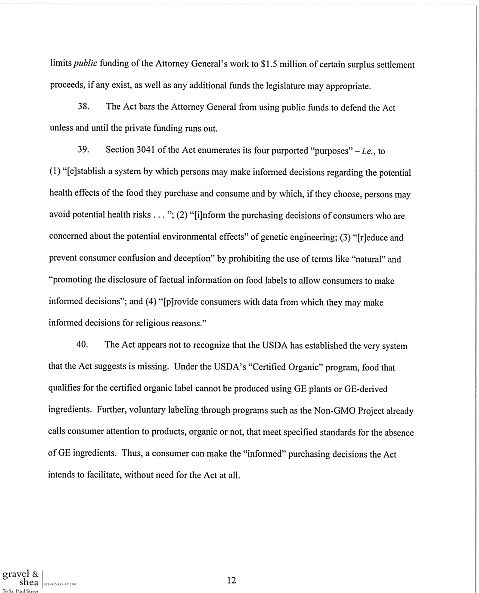 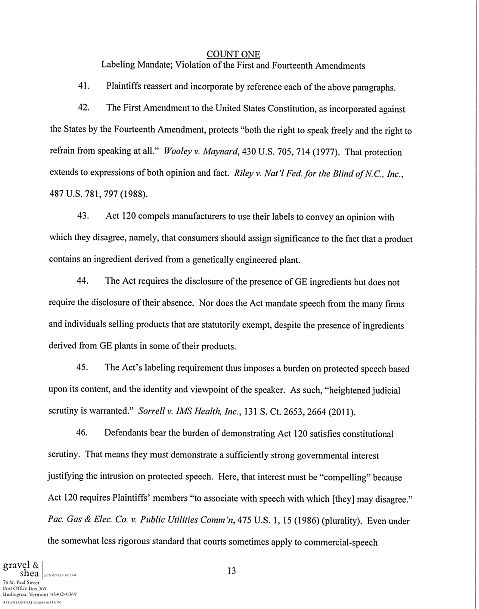 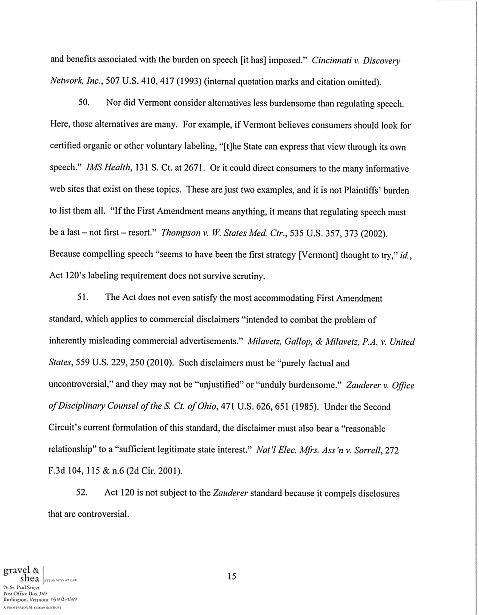 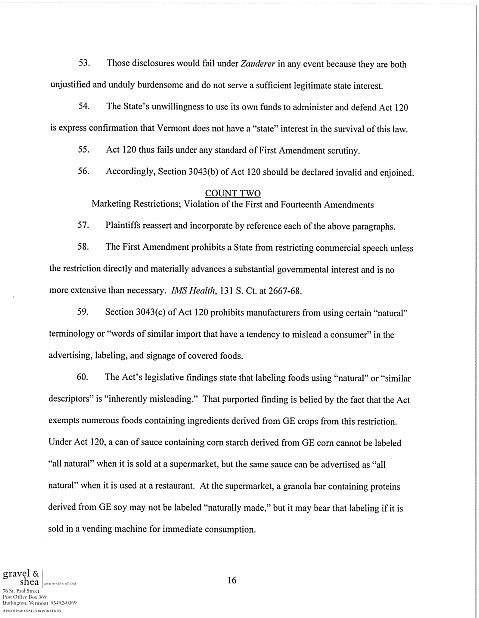 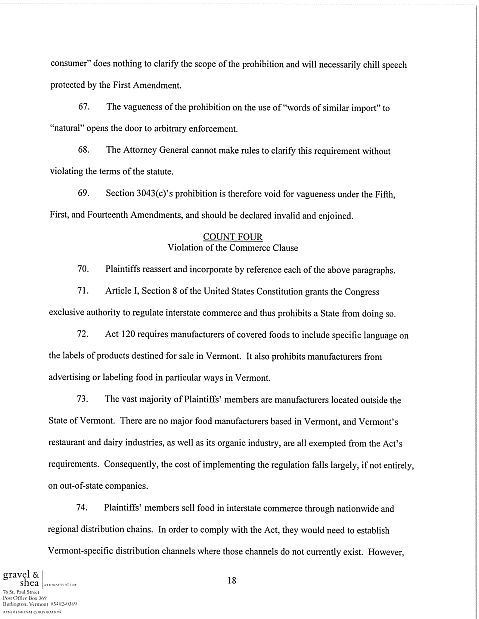 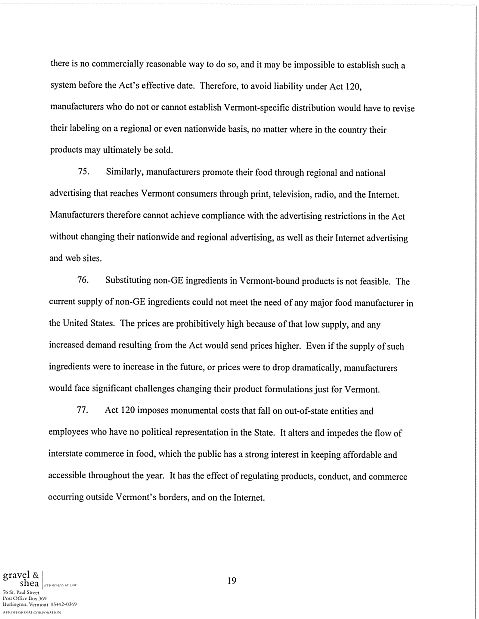 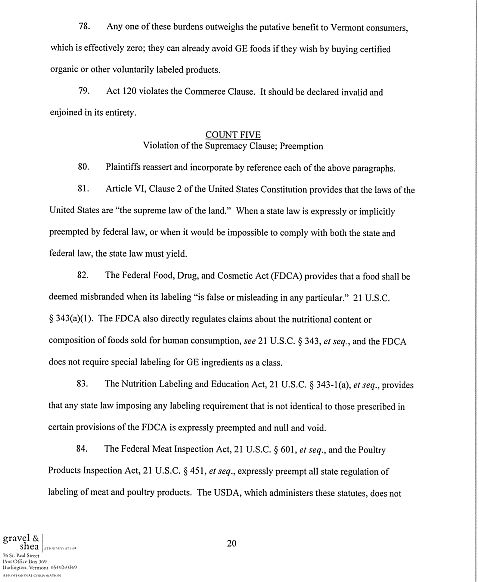 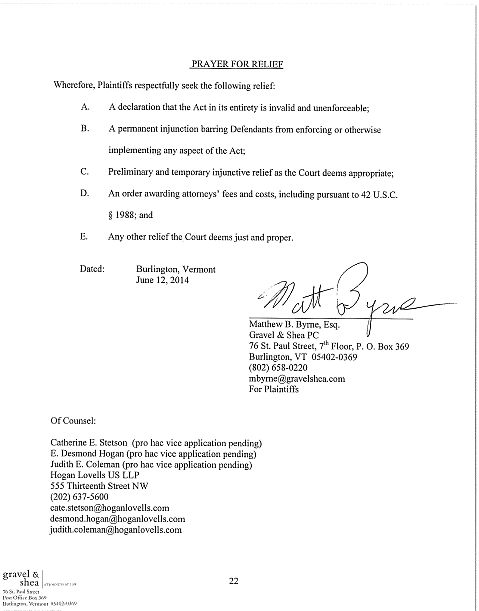