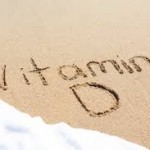 The research data consisted of more than 1,000 patients with metastatic colorectal cancer who had enrolled in a phase 3 clinical trial of chemotherapy plus biologic therapies. The scientists measured the blood levels of 25-hydroxyvitamin D, a substance produced in the liver from vitamin D. Patient vitamin D levels ranged from an average of 8 nanograms/milliliter (ng/mL) in the lowest group to an average of 27.5 ng/mL in the highest group.

The average level in all the patients was 17.2 ng/mL. Current practice guidelines from the Endocrine Society define vitamin D deficiency as having less than 20 ng/mL. The findings reflect that patients with the highest blood levels of vitamin D survived for a median period of 32.6 months, compared to 24.5 months for those with the lowest levels.

“This is the largest study that has been undertaken of metastatic colorectal cancer patients and vitamin D,” said the study’s lead author, Kimmie Ng, MD, MPH, a medical oncologist at Dana-Farber. “It’s further supportive of the potential benefits of maintaining sufficient levels of vitamin D in improving patient survival times.”