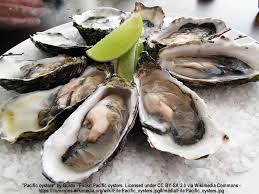 The Washington State Department of Ecology agreed to withdraw a permit to allow the use of the neonicotinoid pesticide which would have caused environmental devastation impacting on the borrowing shrimp in oyster beds in Willapa Bay and Grays Harbor. Previous studies have been shown to be highly toxic to aquatic invertebrates as it is water soluble and highly persistent and studies show the ability for ecotoxicologically relevant concentrations to remain up to a year after an initial application.

The concern as to the application of the pesticide originated due to WGHOGA growers attempting to find a solution for the use of another hazardous chemical called carbaryl a toxic pesticide whose use was recently phased out by the association.

The reversal of the decision was caused by public outrage over the potential impact of neonicotinoid pesticides. “One of our agency’s goals is to reduce toxics in our environment,” said Ecology Director Maia Bellon in a News Release published by the agency over the weekend. “We’ve heard loud and clear from people across Washington that this permit didn’t meet their expectations, and we respect the growers’ response.”

Businesses commented as to the decision as follows: “Our customers spoke loud and clear today, and that speaks volumes to us,” said Bill Dewey, spokesman for Taylor Shellfish. Given Taylor Shellfish’s size, it is likely that the Willapa/Grays Harbor Oyster Growers Association (WGHOGA) did not have the resources to move forward with the pesticide application.

“We believe we have no choice but to withdraw our permit and address these issues to the satisfaction of our customer base, and the public,” said Don Gillies, president of the WGHOGA, in the letter requesting withdrawal of the permit.